Teachers' dreams will never be deferred. How priceless! 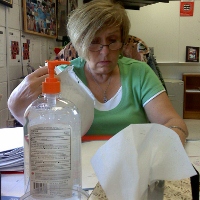 Teaching was not my first choice for a career.  My adolescent dream featured me as a journalist, and not just any anchorwoman, but the female counterpart to Peter Jennings, the object of my major celebrity crush. When I realized that I could never, ever be able to probe someone’s feelings/ responses at the onset of a devastating tragedy, or push to the front of a media mass to gain a coveted interview with a star from any walk of life,  even though my role model did both with compassion and grace, I decided to slip through the side door of education and become a teacher.

The mores of my era (women were pushed to become teachers, librarians, secretaries, nurses or flight attendants), my passion for books and my love for writing led me to the teaching path. A bit of a nudge from my father’s admonition, “You need something to fall back on if something ever happens to your husband,” propelled me toward my teaching certificate, too.

Never mind that I was a junior in high school and much more interested in the dating pool than the teachers’ lounge.  Fathers’ career choices weren't challenged that often in small town America in the early ‘60s, and I wasn't the person to start a revolution.  Plus, while researching a degree in Library Science, I had fallen asleep reading about the classes on the Dewey Decimal System.  I knew that I had to find another way to indulge my bookaholic addiction.

By the time that I sailed out of my Teaching of English class a few years later, my father’s pressuring for my  career path, even though his reasons were wrong, was spot on correct. My mind overflowed with lesson 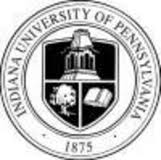 ideas that would motivate and inspire students.  They would wave their hands in the air calling for, “More, please, Teacher” instead of passing notes about who was doing what with whom, sleeping  or daydreaming.
I was free now, to plan units for novels that I was eager to share with teenagers, for preparing lessons on how to write right and how to fall in love with words.  Oh, I realized that I would have a program of studies to follow, but that was just a skeleton of ideas that I would be free to flesh out.  Naturally, I would be allowed my autonomy.  Right?

Designs for setting up my classroom -linear rows vs. small groupings- in a modern school building where the sun always smiled and where students yearned to learn danced like sugarplums through my head. My mother insisted that teaching was my calling. And it didn't take too many lessons where I witnessed the, “I get it!” spark in the eyes of students for me to agree with her.

Then I crashed into the Reality Wall, that invisible force field that surrounds every K-12 school-public or private.  My teaching career flight- not a non-stop trip-took off in a highly regulated boys’ reform school, touched down in a facility for adolescents with emotional issues, stopped briefly at a school for between-the-cracks students who weren't succeeding due to personal issues, and finally landed in the realm of public education.

At each stop, parents wore the “You don’t have to listen to her, she’s just a teacher” attitude on their sleeve.  Administrators micromanaged their staff’s every lesson and pushed for synchronized plans and teaching methodology instead of respecting the knowledge and professionalism of the teachers that they hired. They all tried to poke holes in that euphoria bubble that enveloped me that long ago day when I skipped down the steps of Leonard Hall after my Teaching of English class.

They failed to puncture my passion for creating lifelong learners, though.  Instead they kindled my teaching fire.

As the ‘60s moved into the ‘70s and ‘80s, free-flowing classrooms where students could study The Literary Value of Comic Books, and where John Wayne movies edged out Ernest Hemingway novels ruled. Teachers were friends instead of leaders or mentors. This bandwagon broke a wheel, though, giving way to the ‘90s and the new millennium’s rise of state and then national education standards. Decision makers on the Federal, state and local levels started pushing for a one size fits all academic framework.

“Who cares about right brain-left brain-whole brain research or theorists who have reliably proved that teaching and learning styles are as varied as the flavors of Ben and Jerry’s ice cream?” these bureaucrats scoffed when teachers, parents and students cried out their dismay. “We must all be on the same page!”

These educrats still failed to puncture my passion for creating lifelong learners.

They are succeeding, though, in sucking the air out of those who dream about leading a classroom one day, young people who don’t work for superficial accolades but would appreciate some sincere compliments for their career choice and not have to hear, “You want to be a what?”

They are succeeding in driving away young people with the fervent desire to help students the way teachers inspired them, but are uncertain if the future of education will endorse synchronized teaching over a respect for their knowledge and skills and for choosing the right curriculum and best methodology for their students.

They are succeeding in causing doubts in the minds of future instructors who choose teaching, even though they fully understand that the pay is not even close to the time and energy they will spend for their jobs, but don’t welcome the comments that they might as well have lit a match to their tuition checks for all the remuneration they’ll receive in academia.

The realities about their profession that educators face do threaten to strangle the zealous visions of those who dream of someday stating with pride, “I am a teacher”.  Thankfully, though, the Nicoles and the Jennies and the Dans and the Matts understand that the, “I get it” light is priceless. They are the force of the future. They will rekindle the esteem and deference once afforded to teachers in this country and that still is prevalent beyond our shores.

Their dreams will not be deferred- by anyone, anywhere, any time. And, oh, that is priceless.

Posted by Connie at 1:54:00 PM
Email ThisBlogThis!Share to TwitterShare to FacebookShare to Pinterest