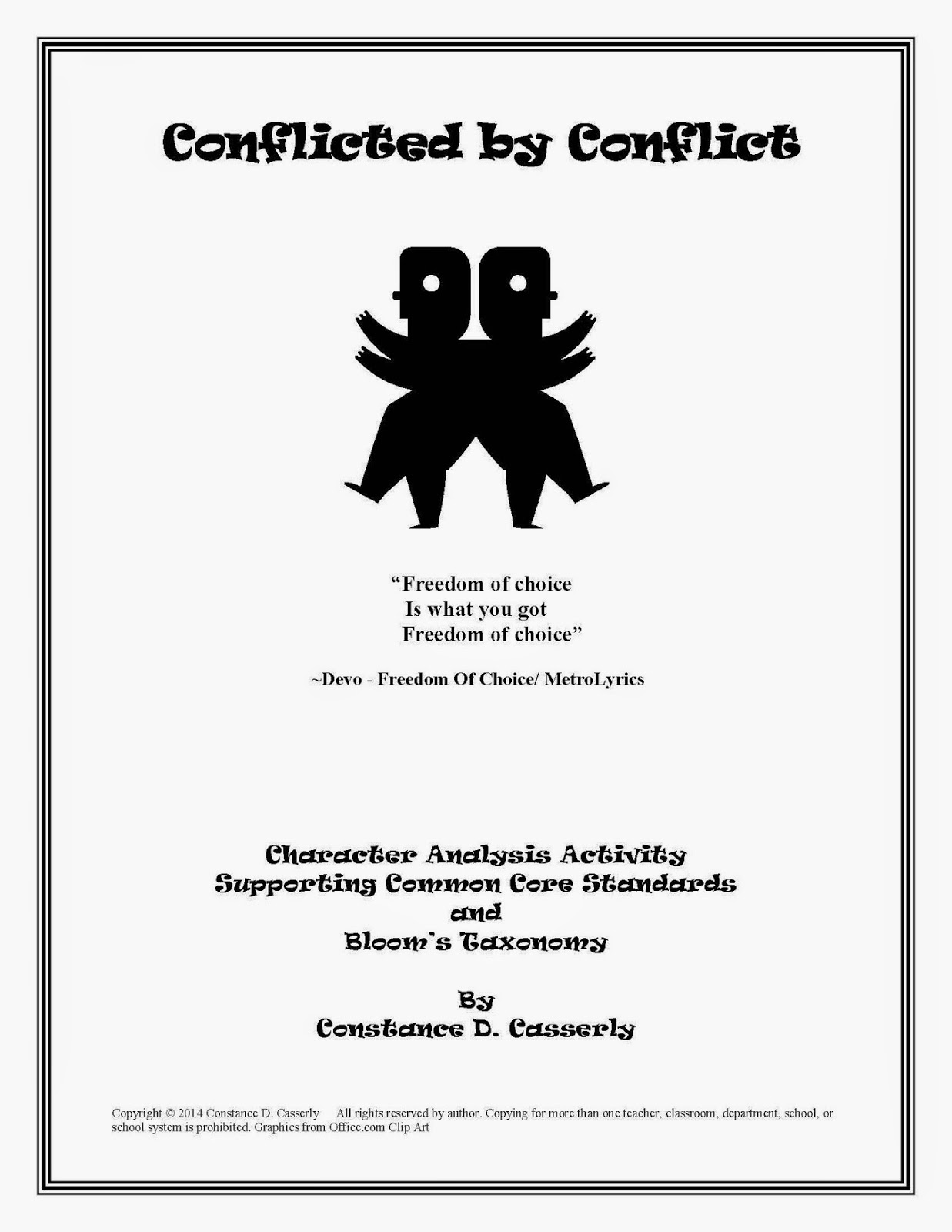 Frank Sinatra was famous for crooning, "I did it my way." The characters in the stories students are studying should sing the same lyrics.
This English Language Arts Lesson Plan, "Conflicted by Conflict" will enable middle and high school students to show how a character of their choice from a story that they are studying should respond to a conflict that appears in a different venue, i.e. movies, another book, a news piece, a song lyric on a contemporary life situation.
For each venue, the students will:
1. Summarize How the Conflict is Revealed in that selection
2. Reveal the character’s Antagonist in that specific genre
3. Show the Character’s Action/Reaction to this conflict.
Students should use details from the story they are studying to support their character’s response(s) to the conflict as it is shown in the new venue.
Here's an example how they can accomplish this:
Story The Hunger Games Author Suzanne Collins
Another Book/Story Into the Wild by Jon Krakauer
Character: Katness Everdeen Antagonist The wilds of Alaska
Conflict: Katness faces dying from starvation due to the isolation and hardships of an Alaskan winter (Character vs. Nature)
Character’s Reaction:
Katness Everdeen’s understanding of poisonous plants would have saved her if she had been faced with starvation like Chris McCandless. Because she had spent years foraging for food for her mother and sister, she never would have mistaken the toxic sweet pea vegetation for the safe wild potato plant. Also, as a savvy and accurate hunter, she would have been able to trap or kill animals for much needed protein.
In Conflicted by Conflict, middle and high school students will flesh out characters from their reading to show their understanding of the element of character as well as their analytic and critical-thinking skills. 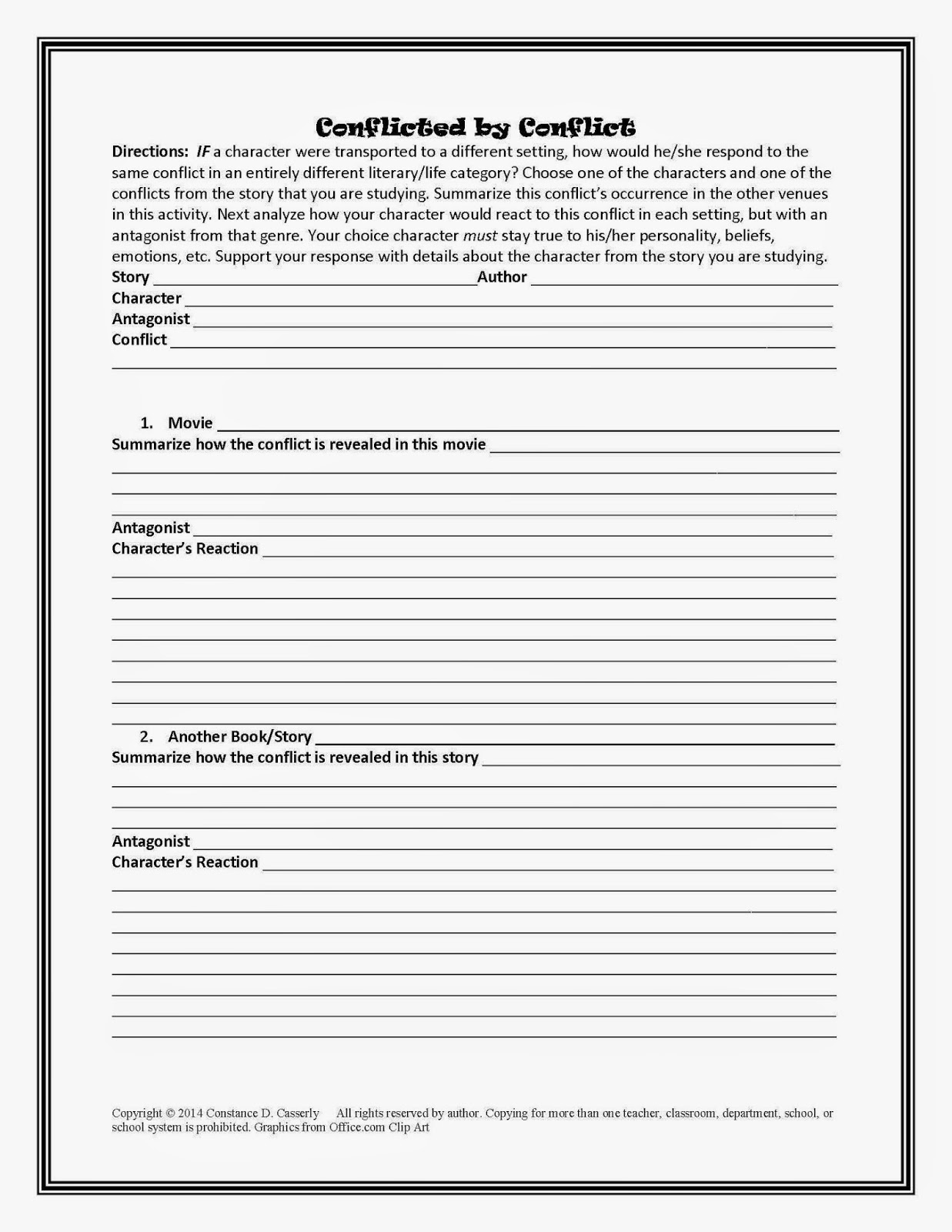 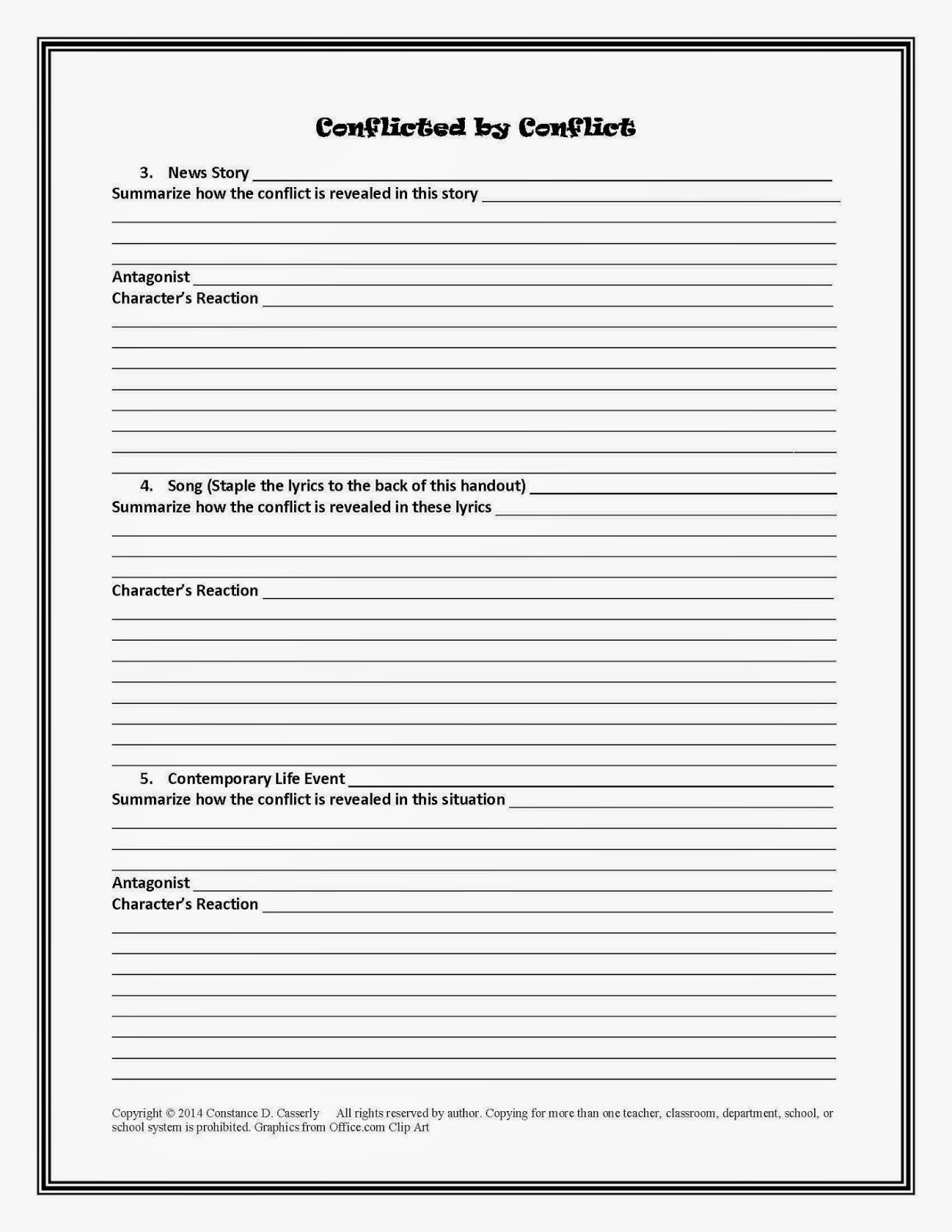 By analyzing a character of their choice, students will exhibit their understanding of this person’s characteristics, emotions, and other attributes through comparing and contrasting his/her actions and reactions to the same conflict, but which exists in other literary and life venues
This activity should be introduced when the characters have shown enough depth to analyze. Although both Common Core Standards and active verbs from Bloom's Taxonomy Learning Domains are included, you should use these given standards as guidelines, adapting them to the benchmarks that your state follows.
We teachers often wonder what are students actually know and understand from their reading. The singer, Alesana addressed the understanding necessary to make a decision in her song, "Second Guessing"
'Tell me are you second guessing?
Because you honestly seem to have it all
Are you under control or questioning how this all ends?'
After they complete this activity, students will feel confident about the character that they have evaluated, and will proudly say, "No second guessing for me. I have it under control."
Download it from http://www.teacherspayteachers.com/Product/Comprehension-Writing-Activity-Conflicted-by-Conflict-1310733
As with all of my products, this one includes detailed Teacher Notes. 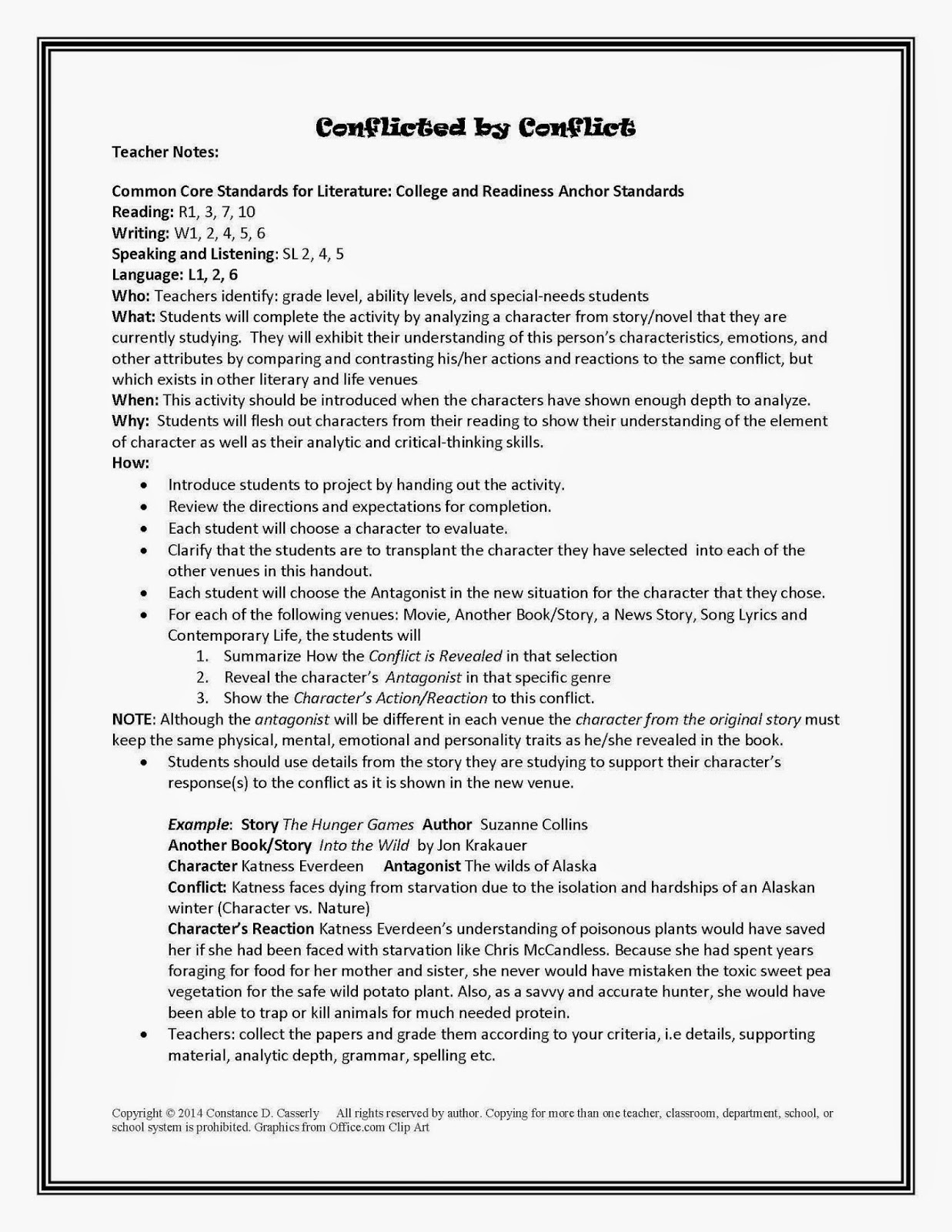