No Time Like the Write Time to Care about Time 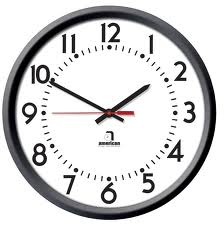 “Does anybody really know what time it is

Does anybody really care (about time)…?”


Robert Lamm wrote and sung these lyrics for the band, Chicago, in 1969, a time when so many people were questioning the conflict of Superficiality vs. Significance. Forty-five years after he asked this question, I want to give him an answer- I care.
I care about time, well, telling time that is.


I care about writing right and thinking deeply.


I care about the Superficiality of so many edicts handed down to teachers in the name of progress that are overshadowing and undermining the Significance of learning.


In regard to time-telling time- let me share a story from my days in Room 216. While completing a group chart on the symbolism in The Stranger one October afternoon during Sixth Period, I noticed a trio of senior boys seeming to be spending more time snickering than scrutinizing Albert Camus’ words. When I sauntered by their desks, though, they were doing a credible job of adding examples and explanations from the story, so I left them alone, but kept an eye on them.


About five minutes later, one of the boys, I’ll call him George, jumped up, grabbed his back pack and ran from the room, a look of panic turning his eyes into half dollars.  As the door slammed behind him, his buddies burst into laughter.  Seeing my usual raised right eyebrow questioning glare, Bubba caught his breath and gasped, “We told him it was 2:05.”


George had shown me a check-out pass for two o’clock because he had a dentist appointment and needed to get out of the parking lot before the final bell so he wouldn’t be late. The analog clock ticking away above the door to my room gleamed 1:05. This young man sported a digital watch crowded with the time, a lap timer, a countdown timer, military time and an hourly chime, but he Couldn’t. Tell. Time on an analog clock. Big Hand? Small Hand? They might as well have been hieroglyphics to George .


“Didn’t your parents and teachers have you learn this when you were in elementary school?” I asked.


“Mine tried,” Amy said, “but the TV, computers, microwave and all are digital in my house, so it was hard.”


“Same here,” Tyler said. “My teacher had us make clocks from paper plates with construction paper hands, and told us to practice at home, but it was much easier to look at any of the digital clocks in the house.”


Incredulous, I just shook my head as told them to get back to work while Tyler laughed and said, “You need to get with the times, Mrs. C.” His comment made me wonder if analog clocks were now obsolete. ..or if I was.  I just toured my house. We have exactly one
analog clock- an ancient alarm clock perched on the night stand in the guest bedroom. Oh, and our watches. My husband’s and mine have dials.


A few weeks later, that same class of seniors and I had another Close Encounter of That Was Then-This is Now.  As I offered information about the themes in Franz Kafka’s The Metamorphosis, I scribbled points about surrealism, alienation, animalism and various other literary terms on the board while I talked. I say scribbled, because I have never been on friendly terms with my small motor control, and my half print/half cursive handwriting clearly showed this. Every year my students had to learn to decipher my comments on their papers. Their “What does this say, Mrs. C?” type of questions never stopped me from writing them, though, or kept them from understanding what I wrote. They learned because they had no choice.


About half way through my lecture, I turned around and noticed only one student taking notes. “Why aren’t you writing this down?” Annoyance edged my sigh. “You know the rule- if I write it on the board it’s fair game for a test.”


“I type a lot faster than I print,” Bubba said. “I’ll remember.” He smiled and tapped his head.


Rolled eyes and “Get Real” laughter filled the room. Amy explained that most of their schools didn’t teach cursive because they spent the time on material that would be on the SOL tests. “Teachers want us to type our papers, anyway, and we don’t need to know cursive to send texts or emails,” she added.


Just then, Connor sauntered to the front of the room, aimed his smart phone at the board a clicked a picture. “See,” he said as a big grin spread across his face. “Who needs to write down notes?”


Choosing to hand out the novels  while my blood pressure crept down to the safe zone, I told the students to read the first ten pages and come up with at least one example for each of the terms on the board. Then I said to Connor, “You’d better hope that your professor allows the 250 kids in his English 101 seminar to record his lectures on your phone and doesn’t smash it like the guy in the YouTube video.”


I turned to the whole class, “Some professors have you complete massive amounts of reading and only test on their lectures, too. Note-taking isn’t a lost art, my dears.”


Why do schools still need to teach writing in cursive? 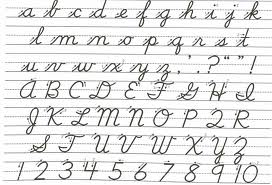 
Writing, be it cursive, printing or a mixture of both (which most people do) promotes listening skills, and employers will check their candidates for short term memory/listening skills.


Writing is needed for those dreaded Blue Book college exams, for SOLs, SATs, GREs,  LSATs and the vast majority of licensing exams. Typing is not permitted.

Spelling, capitalization and punctuation will always count as will comprehending reading. GrammarCheck is quite fallable. Don't count on it.


Writing in cursive isn’t required legally-maybe it should be if we want a population that can think clearly and write coherently besides earning Proficient ratings on standardized tests.


Is cursive becoming as obsolete as analog clocks, too?


Someday, will my grandchildren click onto Facebook- or its futuristic facsimile- and see pictures of analog clocks, the Declaration of Independence in all of its cursive glory, mortgage papers and signed checks with captions asking, “Remember This?  like my friends posst of recyclable glass milk and soda bottles, metal  (not plastic) TV character lunch boxes and clothes lines?


Will the significance of teaching children to tell time on an analog clock or to write in cursive fall victim to quicker and more trendy but less substantial brainchildren?


Howdy Doody always knew what time it was-he always cared. So do I.

Posted by Connie at 8:14:00 AM
Email ThisBlogThis!Share to TwitterShare to FacebookShare to Pinterest